A gentleman attending the 34th Annual Finger Lakes Rally in 2008 was riding a K75S, and noticed that there were quite a many of this model present at the rally. He then spent time organizing this photo-op. He is the third from right in the first picture, wearing the brown shirt and blue cap. 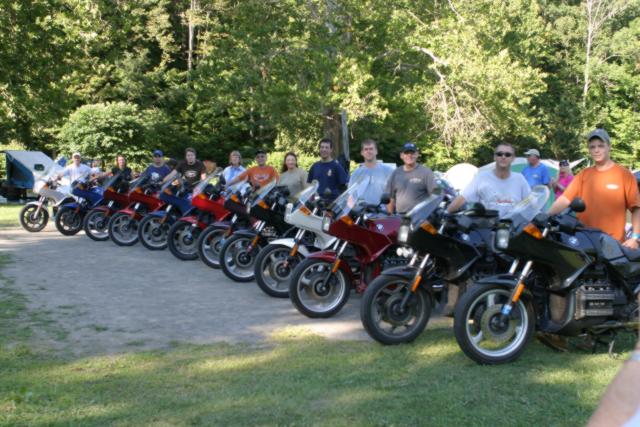 There were a couple more who were out riding and arrived a bit after the posed photos with the owners were taken, and probably four others who didn't "get the word." 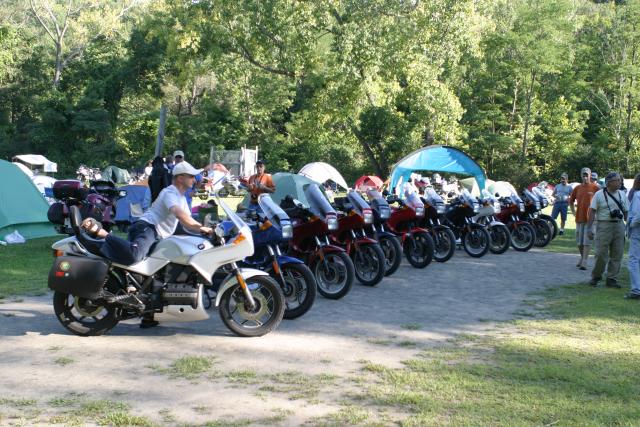 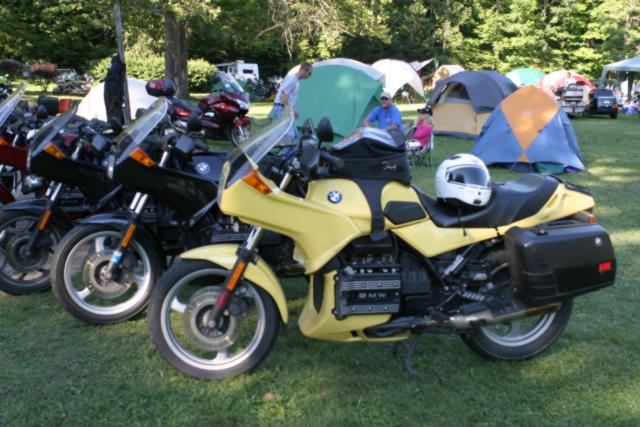 This gentleman in the next picture didn't know that he owned a rather rare K75S, as he has only had it for a few years. It is one of the very first 300 Lava Red ones (shipped to the U.S. in the summer of 1986), and his registration confirms it is number 251. The Lava Red color was never used again on a U.S. model K75S. I pointed this out to him, and also showed him my current registration card for number 224. He was happy to discover he was riding a rare Beemer. 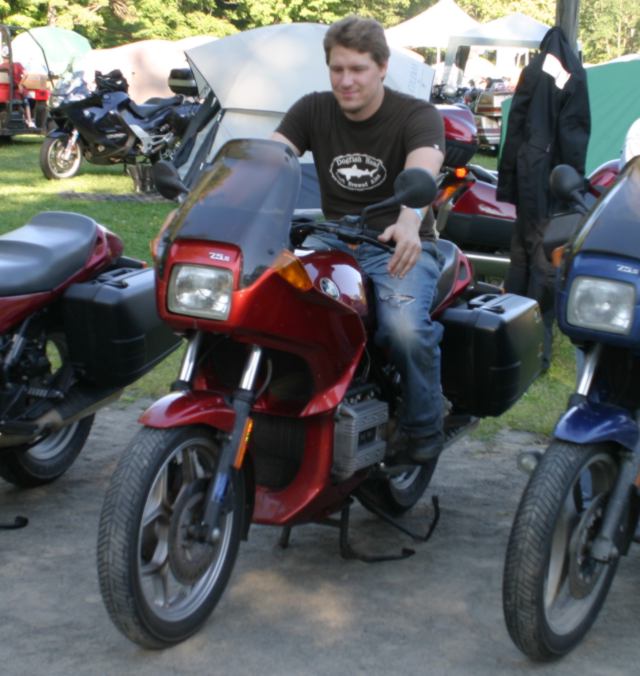 Your Webmeister has owned Lava Red number 224 since August 1986, purchased new from RK BMW in Deptford, New Jersey. Unfortunately, I did not have mine at the rally, and the assembled crew was not terribly agreeable to wait for me to go home and bring it back for the photo session.

The following information was culled from the Rally Database. The list is in order by the year of the K75S.

My thanks to the fellow for getting this all together.

Back to Graphic Art

Copyright © 1997-2020 Finger Lakes BMW Club.
Contact us with your comments if you wish.
It's Saturday the 19th of September at 17:37 in the
Finger Lakes. Do you know where your BMW is?
Finger Lakes is on Facebook!